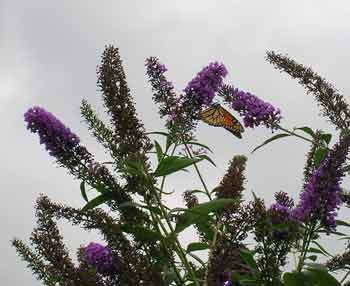 Well, at least it's not my imagination. You have to wonder sometimes when you get to my age. I read an article recently about the lack of butterflies this year. According to those who do butterfly counts, both numbers of species seen and total numbers of butterflies are down this year. Most experts seem to agree it has much to do with our cool, wet spring and early summer. The cool, wet spring led to fewer caterpillars hatching and the increase in fungal diseases which may have affected those that did hatch. Adult butterflies prefer hot, sunny days so the few that were around probably weren't too active. I have seen several monarchs, black swallowtails and finally, a couple of tiger swallowtails. Small butterflies are more numerous, but usually the gardens are full of them by now, and that's not the case. Also, I haven't seen any monarch caterpillars and just a few swallowtails. Can't have butterflies without caterpillars first. We can't do anything about the weather, but we can provide host plants which are a food source for caterpillars and nectar plants which feed butterflies. 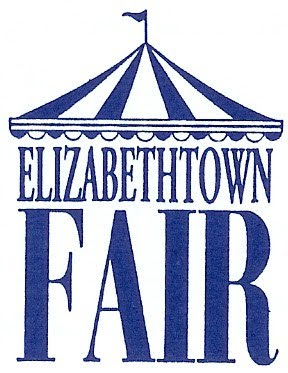 The E-town fair is coming up-August 24-20,. It's great family fun with rides, great fair food and a strong emphasis on agriculture with judging of animals, plants and preserved and baked foods. It's held on the fairgrounds on E. High St. with the competitive exhibits displayed in the BIC social hall next door.

With adequate moisture throughout the summer, some of my plants are HUGE. I have a cinnamon basil plant that looks like a small shrub. It's about four feet tall and perfectly round and of course, smells divine. I planted two next to each other, and the second never thrived. People often ask why, when you plant two or gore plants together, one will survive and the second won't. Cultural conditions are the same, the soil cant, be vastly different. I always say plants are like people, some are stronger than others. Cinnamon basil is great chopped over fresh fruit, or infused in milk and used in baked goods.